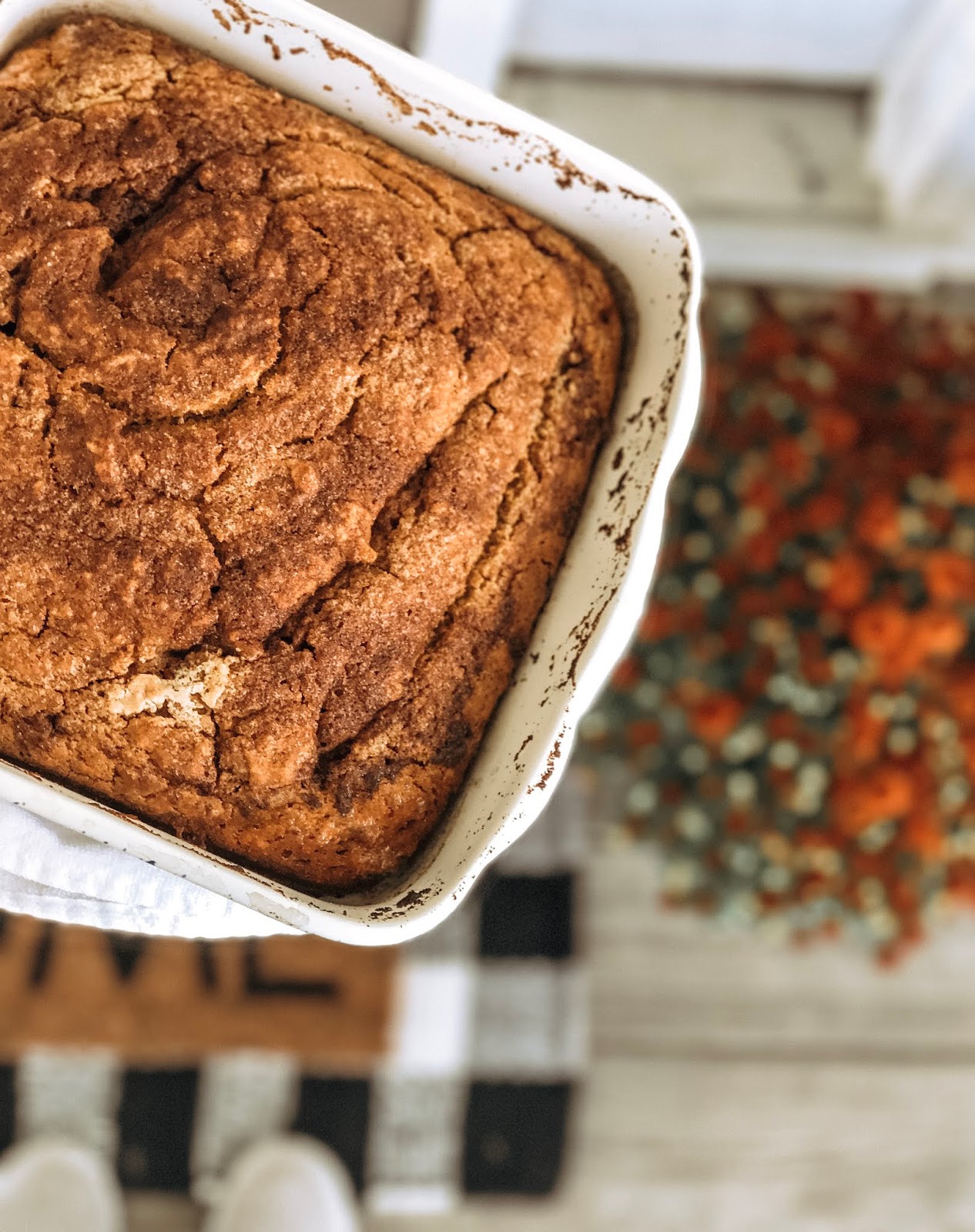 Just popping in to share my love of all things pumpkin spice! Spice cake, apple cinnamon, and pumpkin everything have been major cravings of mine – and not just now that they’re in season. It’s been my flavor of choice since the beginning of my pregnancy. I go through bulk boxes of apple cinnamon oatmeal like CRAZY.

I got such a great response on my recipe for a healthier pumpkin spice latte, and I’ve been experimenting in the kitchen ever since. Not just because I like sharing super simple recipes with you guys, but because I need to bake lots of halfway healthy stuff to keep up with these damn cravings.

So, maybe this particular recipe isn’t “healthy” by any means. But it has far less sugar than any of the pre-made mixes I found at the grocery store, and it’s savory and delicious without any icing.

Last Thanksgiving, my mother in law brought home a HAUL from Trader Joe’s, and I chose this Beer Bread mix to make for our family meal. I had never had it before, but it was so good, and the easiest thing to make EVER. All I did was mix in a bottle of beer by hand and pour melted butter over the mix once it was in the greased pan. You could also put cheese in it, but I try to stay away from dairy. I’m lactose intolerant, and dairy makes me seriously break out, lactose-free or otherwise.

My mom and I were making pumpkin spice cupcakes for an event we’re having at Beaufort Proper, and I wanted to swim around in the batter. It smelled seriously heavenly, but I had to save them for our guests! So, I went home and worked with what we had in the pantry to whip up this masterpiece, not knowing if it would turn out. It did better than turn out. Screw regular beer bread. This is that good good. 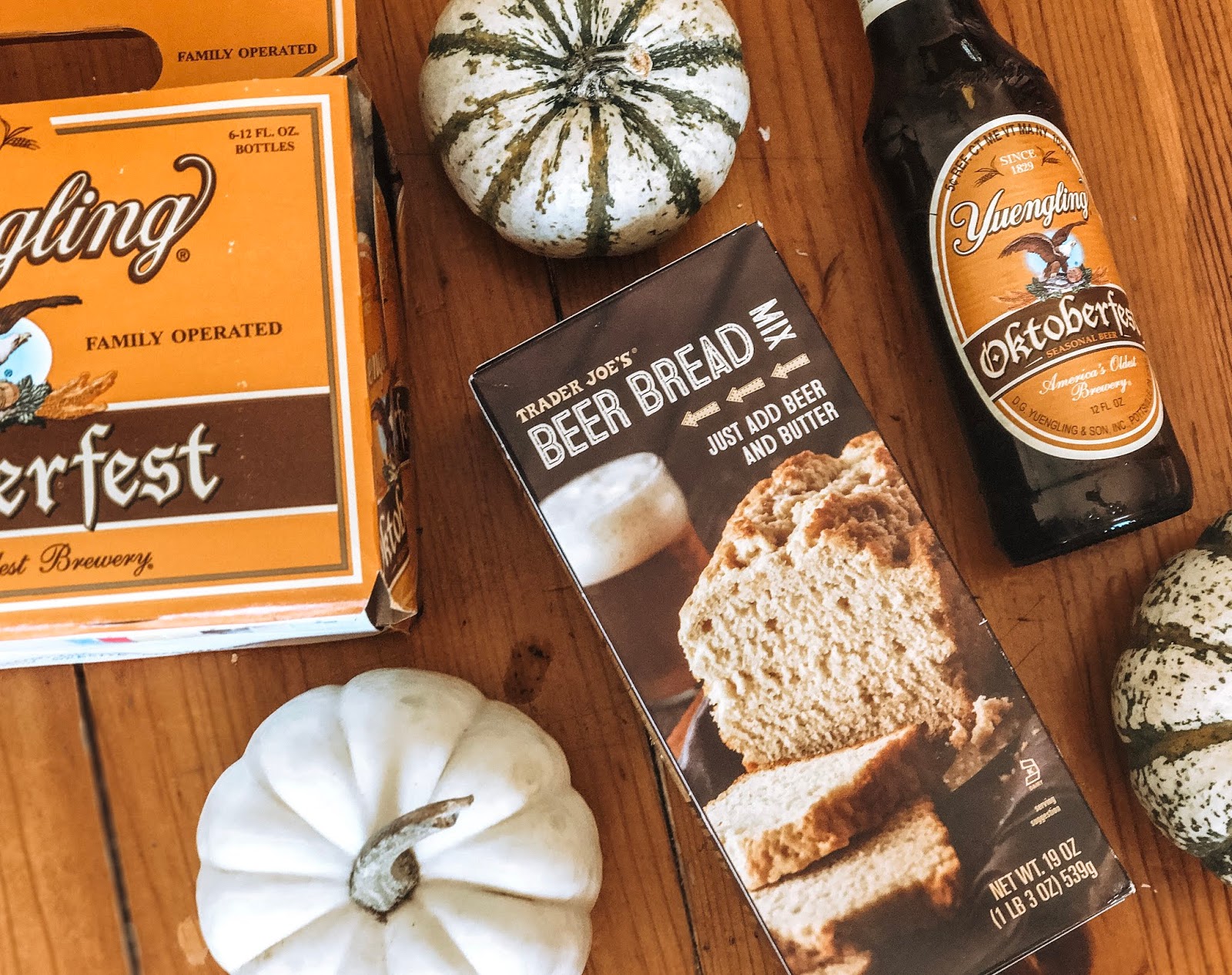 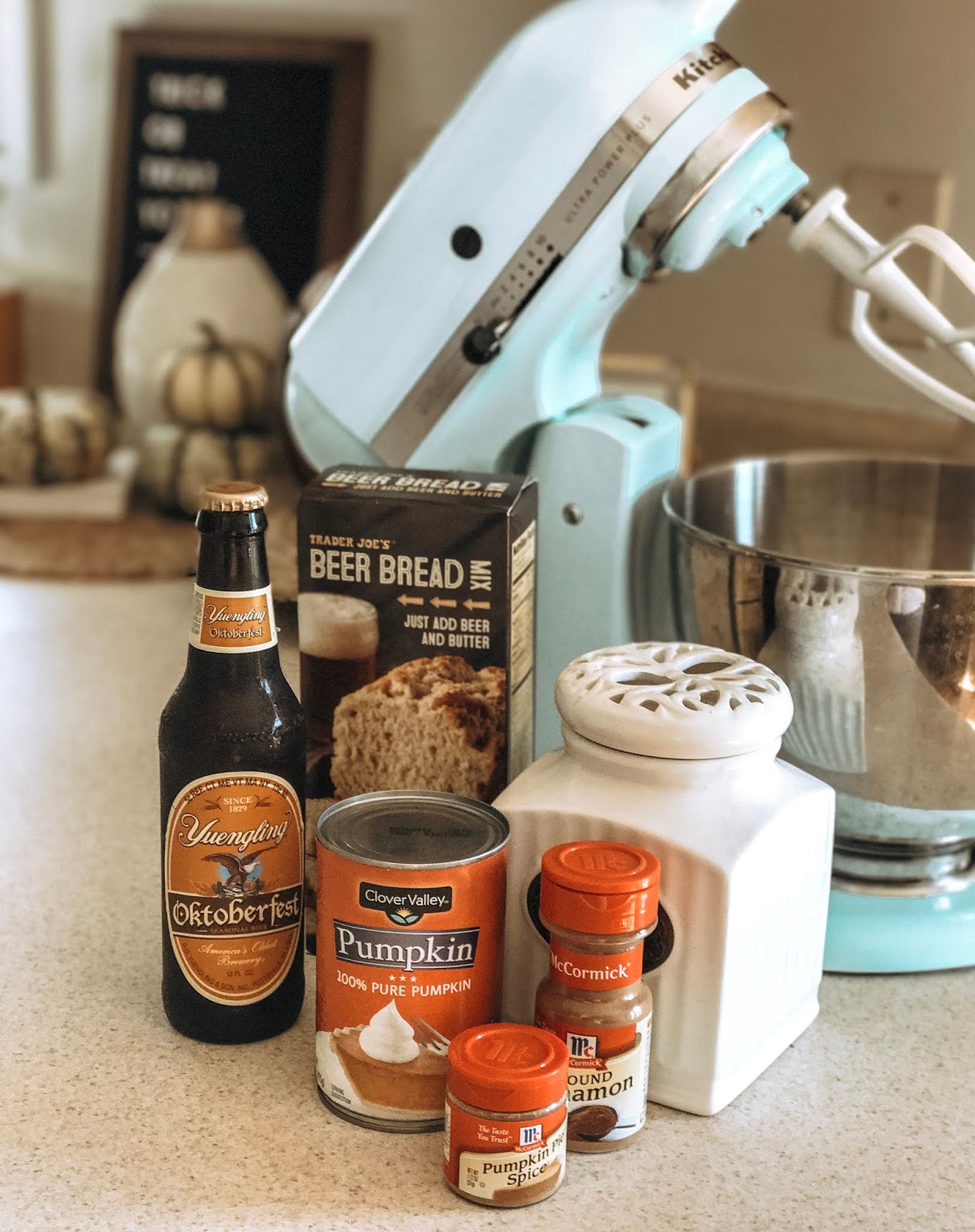 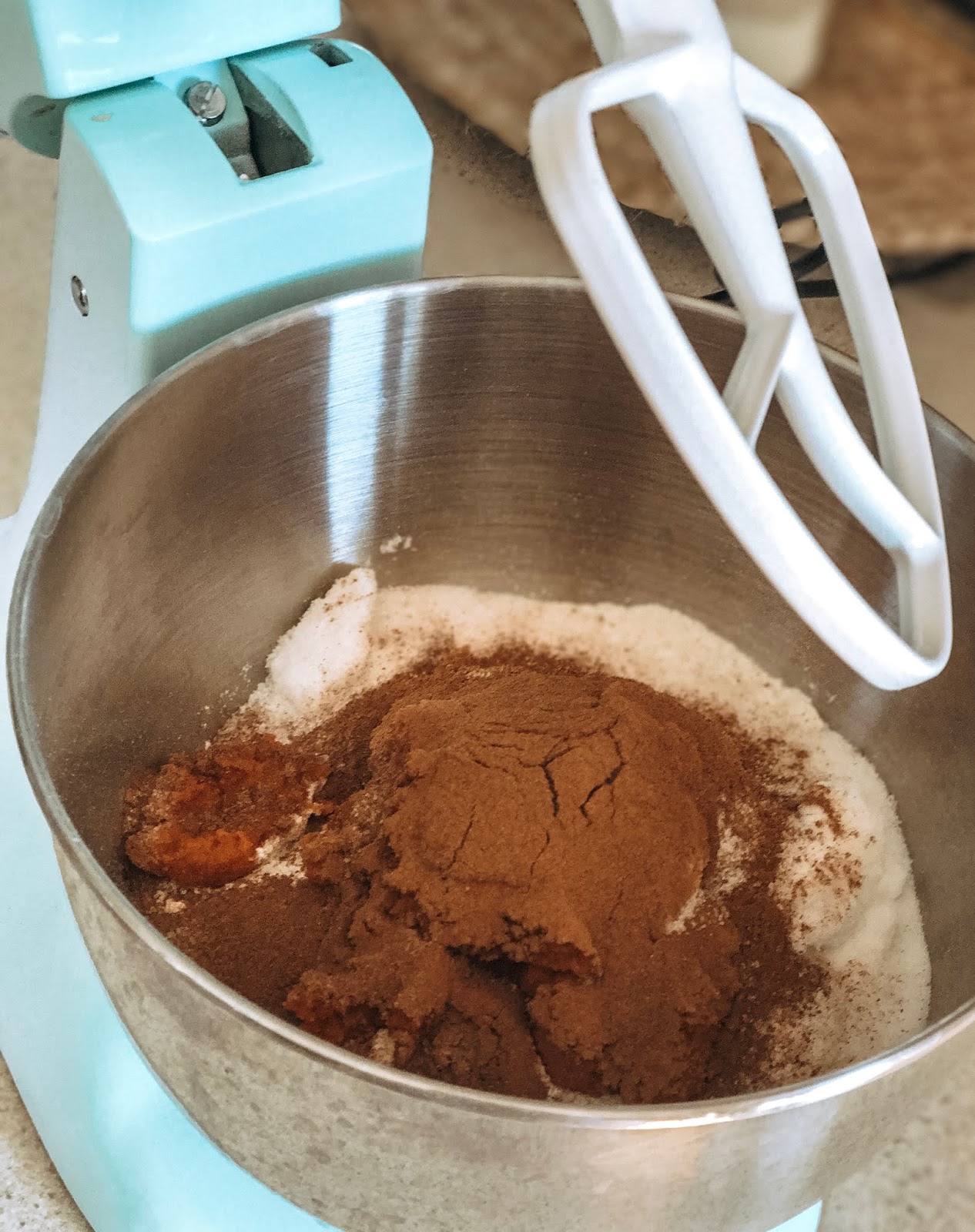 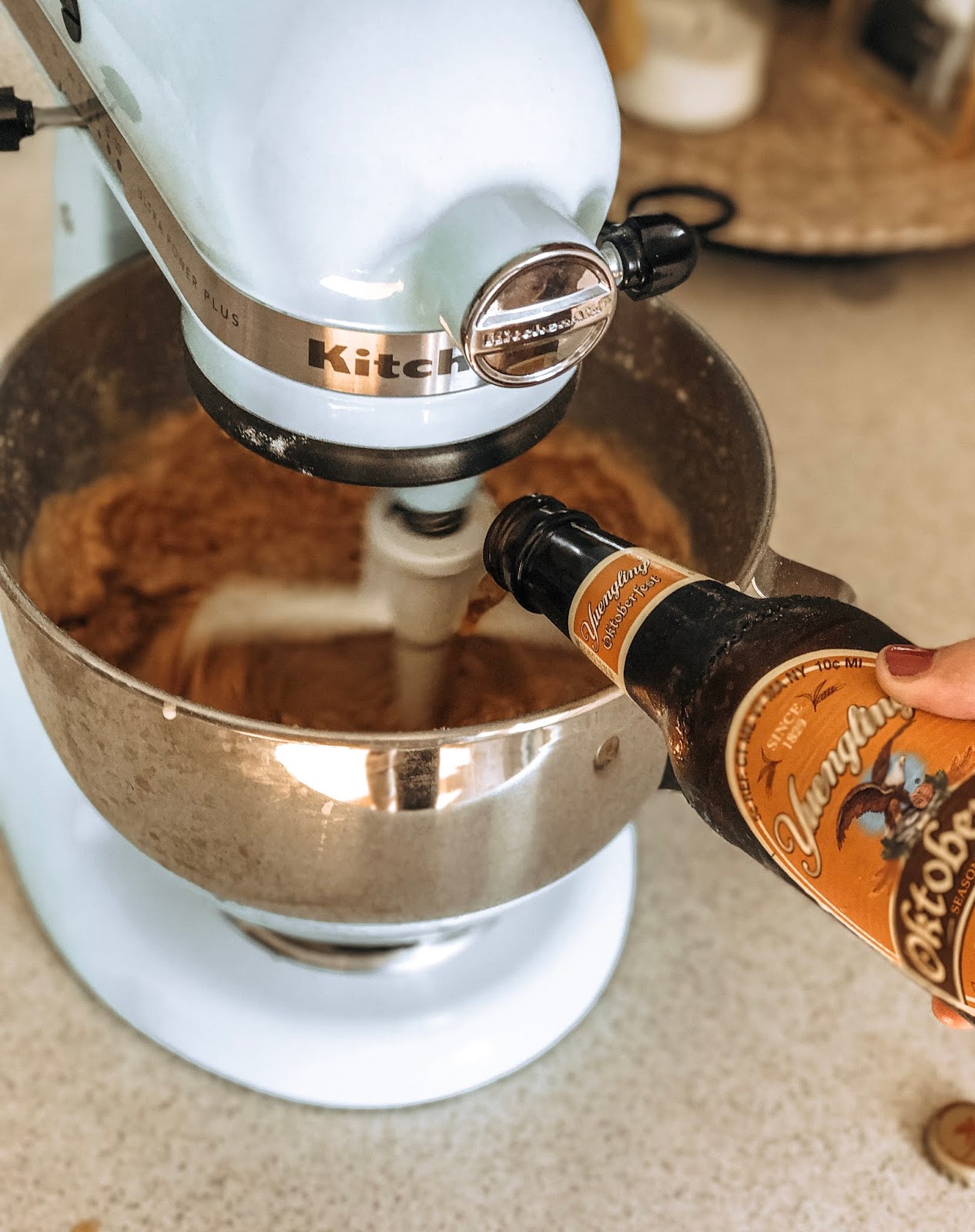 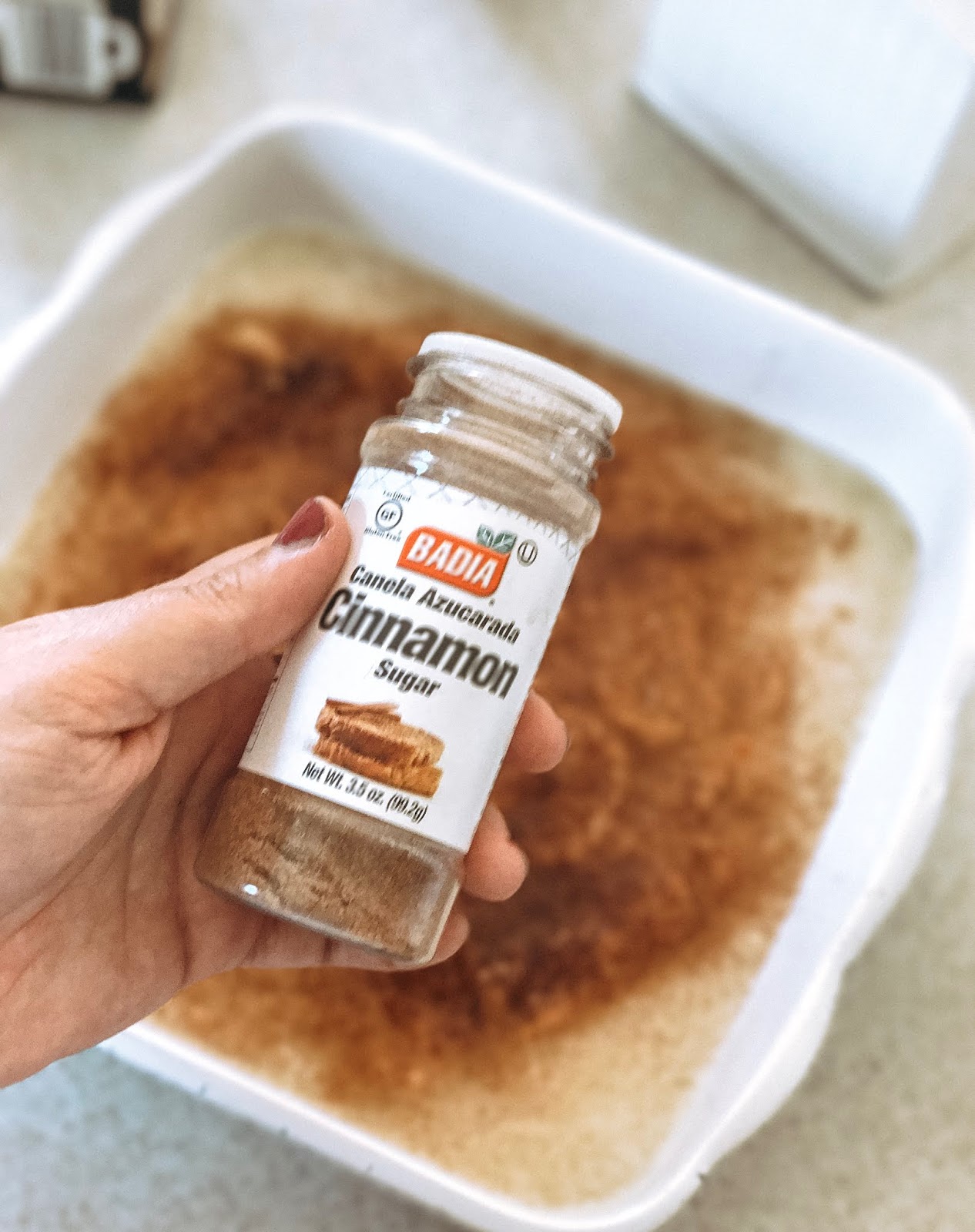 Here’s what I did:

– I made the recipe just as it said on the box, with a couple minor modifications, starting with choosing a seasonal beer flavor. I used Yuengling Oktoberfest, which just happened to be on hand since Tanner is really feeling the spirit of the season. Try it with other flavors – any beer or bubbly soda will do!

– I added a few tablespoons or pumpkin spice and cinnamon, plus a cup of brown sugar. This makes a huge loaf, so in the grand scheme of things, it’s not a great deal of sugar.

– I folded in an entire can of pumpkin puree, which of course is where all the flavor and pretty orange color comes from!

– I didn’t use nearly as much butter as the recipe calls for (a whole stick??) but instead just used half as much poured over the bread mix and topped it with a little cinnamon sugar.

The bread itself takes about an hour to mix up and bake, plus twenty minutes of cooling. It was so easy to pull together with ingredients I already had around, especially now that I keep beer bread stocked around the clock in my house. As far as I know, it isn’t a seasonal Trader Joe’s item so you should be able to get it year round. And if not, it’s there right now, so stock up! 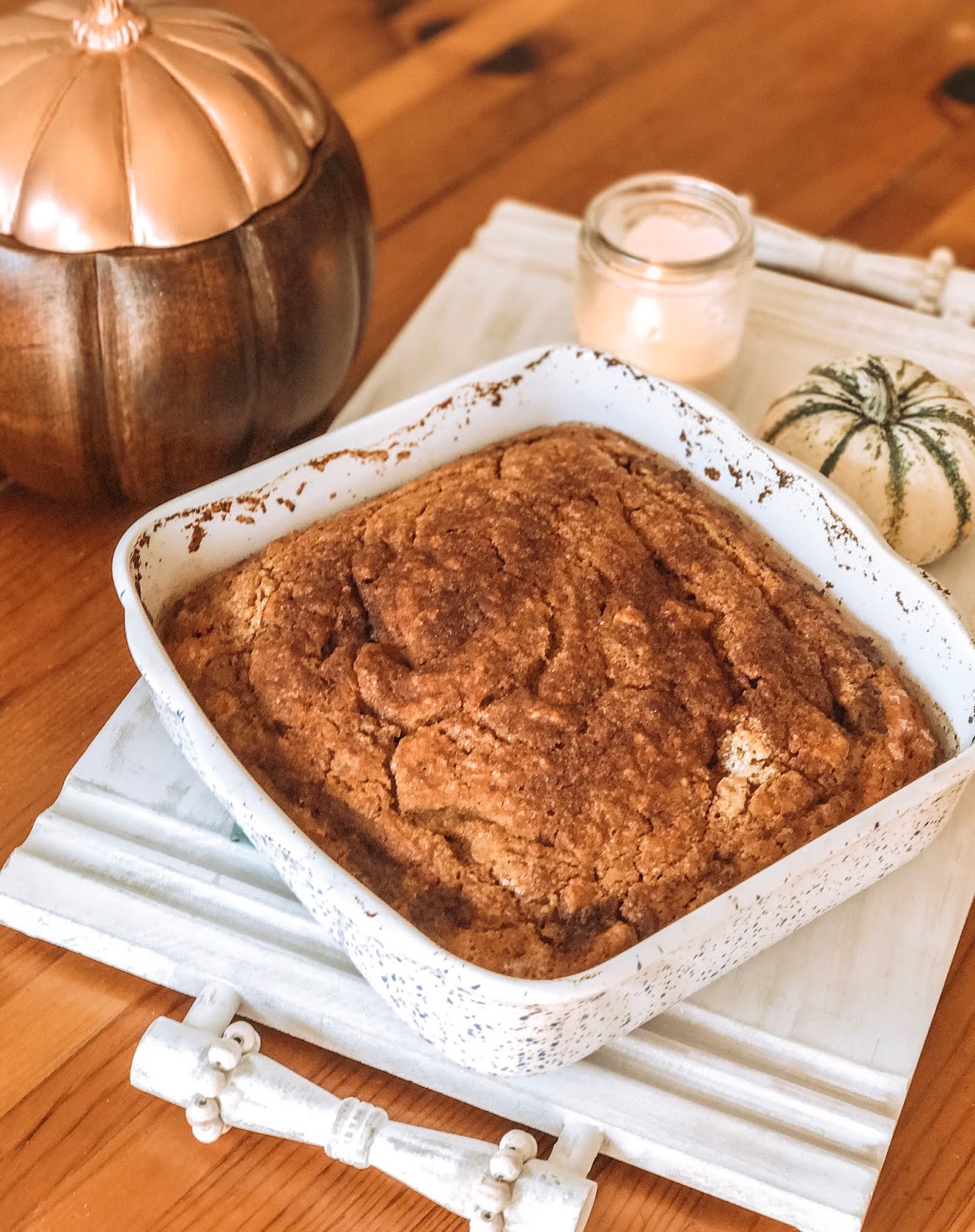 3 Intentions I’m Setting Around The Holidays

Planning for 2019 with Erin Condren

8 Cute Ways To Spruce Up Your…